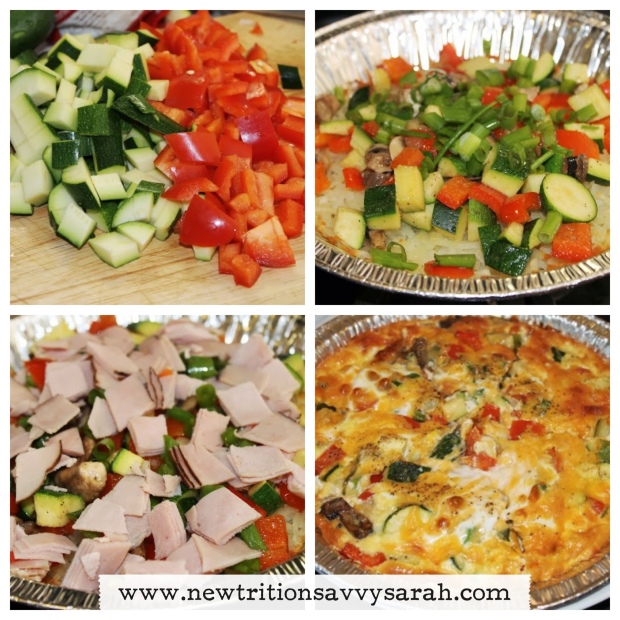 As mentioned earlier this week I hosted a brunch over the weekend. I was trying to stray away from the traditional brunch items like eggs or waffles and decided to go with this amazing quiche recipe. Not all of my friends are vegetarians and even though they insisted veggie items were fine, I requested someone pick up some ham so I could add it to the goodness! I am sort of over the top when it comes to these things like hosting. It just so happens that I am a bit of a perfectionist and want my friends to have the best of the best so if this means me waking up at 6 am for an 11am brunch, well then, so be it! This was my first try at making quiche and I didn’t realize this was going to be so easy. I made one veggie quiche (for me..nice try thinking I would eat meat), and one with ham! Let’s just say they were so easy and gone within minutes! If you are having company or hosting a party soon – I recommend this recipe with both thumbs up!

Gently press drained hash browns between paper towels to dry them as best possible. In a 9 inch pie plate toss hash browns with melted butter into plate and press them into the bottom and up sides to form a crust. Bake for 25-30 min on 450 degrees F until golden brown and starting to crisp.

Meanwhile, in a sauté pan add a little olive oil and sauté onion, zucchini, mushroom and bell pepper until slightly cooked. Add salt/ pepper to taste and garlic powder if you like. (Note: you are just cooking veggies to take the crisp off- they will finish cooking in the quiche.) Remove hash brown crust when golden brown, add veggies, meat (optional) and pour egg mixture over. Lower the oven temperature to 350 degrees F and bake for 30 more minutes or until quiche is golden brown.